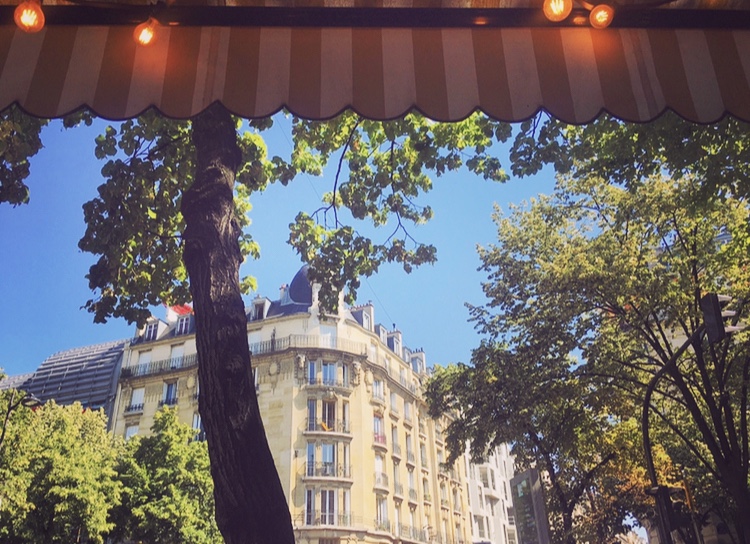 Three years ago, I wrote a blog post entitled Paris is Closed. It was about how, every year, half the city packs up and migrates South (or abroad) for the summer – much like a flock of impeccably dressed birds – and, consequently, a lot of independent shops and restaurants close for several weeks. As I wrote at the time, it’s a tad inconvenient, but the tone of the blog was positive; above all, I hugely admire the mentality that means so many french business owners are willing to forego as much as a month’s income in order to prioritise their leisure/family time.

Of course, back in 2018, I didn’t really have a clue what I was talking about when I naively described the capital as “closed”. Ignorance is, indeed, bliss.

Museums, clothes shops, theatres, gyms, cinemas, swimming pools… The full list of places we’ve been unable to go to and activities we’ve been prohibited from partaking in over the past I-don’t-know-how-many months is a long one. But I think it’s safe to say that nothing has been quite so keenly felt in Paris as the six-and-a-half month shutdown of the restaurants and bars.

In a city globally renowned for its gastronomy, in a country often considered the food capital of the world, it’s impossible to overstate the impact of that particular measure. I don’t even mean economically (goes without saying), or socially, for the millions of people whose day-to-day human interactions revolve so heavily around eating and drinking in company. I mean in terms of what it did to Paris itself.

I mean how it stilled the city’s beating heart.

If you think I’m exaggerating, you don’t know this place. Everywhere you went, cobblestone squares were uncomfortably empty and the streets seemed suddenly too wide, devoid of the tiny round tables and pairs of wicker chairs that would usually be spilling across the pavements. Some of the liveliest neighbourhoods sat silent, one sombre window after another revealing dusty bars and stacked furniture, left disused in the dark.

Paris was still beautiful, of course – the buildings themselves as lovely as ever, the parks coming back into bloom as spring put in an appearance, pretty churches and broad tree-lined boulevards here, there and everywhere. But she’d been robbed of her ambiance. Her indescribable je ne sais quoi that captures hearts and minds from all around the world and refuses to let them go. Her pulse.

It was sad and strange and it was starting to feel as though things might never be the same again.

But then, after what felt like an interminable wait, two weeks ago the moment we’d all been desperately waiting for arrived: the restrictions were finally, FINALLY relaxed. The day before the reopening felt like Christmas eve, but amplified, the atmosphere electric with anticipation wherever you went. And as suddenly as if a switch had been flipped, the city came back to life overnight.

Of course, things are still far from normal. You can see that at a glance – here, we’re still obliged to wear masks in all public areas. Some places remain closed, such as sports centres, and restaurants and bars can only accommodate al fresco dining and drinking.

And that’s enough. For now, anyway. The city is transformed, the sleepy stupor lifted. Restoring the very essence of the place, the institution that is the parisian terrasse has made its comeback, somehow bigger and better than ever before. Literally – unable to invite customers inside, a lot of places have relocated as much of their furniture as the pavement allows, so now it’s strewn out across the streets in front, occupying new roadsides and ruelles and basically any square inch of semi-available space.

And albeit allowing for some semblance of social distancing between tables, at last those terrasses are (relatively) packed with people. Everywhere you go, the sound of enthusiastic chatter and laughter mingles with clinking glasses and the clatter of cutlery; the air is filled with the parisians’ evident, audible joy at the long-awaited return to the simple pleasure of sharing an espresso, a glass of wine, a meal with friends at our favourite haunts.

The near-tangible delight of the proprietors and waiters/waitresses is genuinely heart-warming to see, too – whether they’re encouraging new customers in, or welcoming regulars back. There’s an overwhelming sense of community, borne from shared struggles and mutual pleasure at this first, strong sign of a return to some semblance of normality.

It’s so significant, this change in the city, as to be enjoyable even without actually stopping at a terrasse; my regular roaming around Paris has improved tenfold in the past fortnight, partially for the sudden appearance of summer, but mostly because the whole place finally feels itself again. That said, when I made my much-anticipated* return to “my” local cafe last Friday (where I was am very much one of the regulars), the warmth and enthusiasm of my reception by the team there pretty much made my whole week.

Suffice to say, whether lunching with friends, enjoying a good book and a glass of wine toute seule, or simply wandering past the terrasses in my favourite neighbourhoods, I cannot keep the smile from my face for more than a few minutes at a time. Paris is open. And it feels bloody brilliant.

*By me, I mean. Much as they seem to be rather fond of me in there, I don’t expect they were watching the street with baited breath, in eager anticipation of my arrival.

One thought on “Paris is Open”

Making the most of every last second of summer ☀️
What’s your favourite spot to catch a sunrise in Paris? Suggestions wanted…
Sunday afternoon stroll around the city. 💛
[Insert inspirational cliché about gazing towards the future]
You only ever seem to see pictures of the dome of Florence’s Cathédrale Santa Maria del Fiore. Having now visited the jaw-droppingly impressive building for myself, this seems like an absurd oversight on the part of the global photography community. Absolutely awesome, in the truest sense of the word.
Follow the link in my bio to take a 500(-ish) word trip with me to #Tuscany - andiamo! 🥂🇮🇹