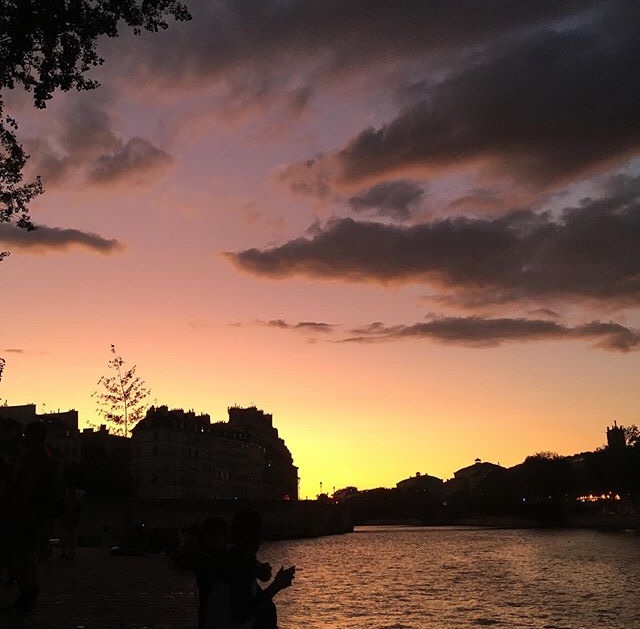 I know you’re not supposed to wish your life away (a favourite admonishment of my mother) and you’ve got to live in the moment, etc. etc.

But right now, the moment is cold, wet, windy and grey, and franchement, I’d much rather think ahead a little. So I thought I’d put my wistful spring-and-summer daydreams into writing, in the hope that they might seem just a little nearer.

More likely, it’ll make me all the more impatient for the seasons to hurry up and change already – and maybe it’ll have that effect on you, too. Sorry. I’m doing it anyway. Here goes: 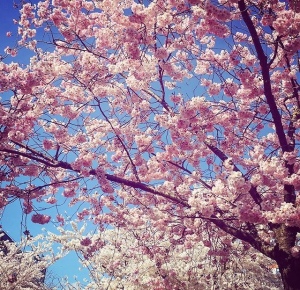 Namely the Jardins des Tuileries, du Luxembourg and des Plantes, respectively. The first flowers started appearing on trees here a couple of weeks ago – only to be promptly blown off again by Storm Ciara. But they’ve since made a comeback, and the unmistakable first sign of spring is making me feel very optimistic every time I see those bedecked branches. I can’t wait for it to put in a proper appearance, the aforementioned parks (and plenty of other, more obscure spots besides) really are stunning with all those pink and white petals.

2. …and in general bloom

The parks I mentioned in the first reason for which I Can’t Wait For Winter To Hurry Up And End Already are all famous for their fabulous flowerbeds – walking around them in the winter just isn’t the same. I’m very much looking forward to seeing a bit of COLOUR in this city again. Even just green leaves. I’m thoroughly sick of naked trees. They didn’t even have the good grace to go all pretty and sparkly with frost this year. Rude. 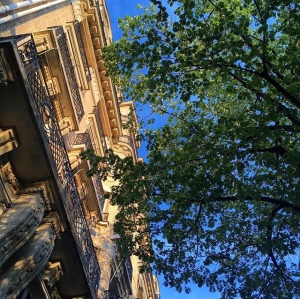 Yes, in theory I can do this now. But even when it’s not drizzling (or outright pouring), long walks just don’t have the same appeal with the biting wind whipping your hair around your face, nose numb and eyes burning. It’s less about leisurely strolling and more about purposeful marching during the winter months, and that’s no way to appreciate one’s surroundings. I miss picking a new corner of Paris to start from, and then just following my feet on whichever meandering route they decide to take. I want to wander.

Most bars and restaurants keep their terrasses open during the winter, covered over in this (distinctly unattractive) plastic sheeting stuff to protect patrons from the elements, and usually heated adequately (or over-adequately, if you find yourself sweating sitting directly under a heater). But obviously, installing yourself in an enclosed terrasse is not even remotely the same experience as basking in the early evening sunshine, a mild breeze playing around you as you sip your glass of chilled sancerre, or maybe a rosé piscine, and speculate about the lives of the people passing on the street.

Perhaps my very favourite way to spend a summer’s evening/night in Paris. Sat on the 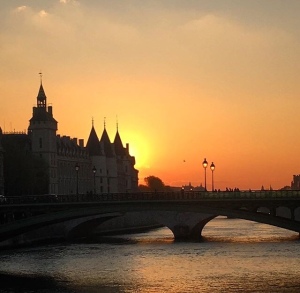 quayside with friends, food (of the apéro variety) and wine (or beer, beer’s fine too). Maybe someone brought a small speaker to play a little background music; there’s probably a pack of cards knocking around. Time it right, and you’ll get a backdrop of one of those blazing sunsets the Seine seems to see closing out most hot days. And the ambiance is brilliant because half of Paris are doing the exact same thing, lining the river for miles on either side, filling the warm air with a lively buzz of exuberant chatter mingled with soft laughter. I. Love. It.

Again, I think my favourite location for an afternoon picnic is next to the Seine (there’s a particular spot I like near Pont Neuf) and they look fairly similar to the abovementioned soirées – just with daylight. The various parks in and around Paris, and the woods just outside the peripherique also make for good picnicking places, though. Wherever you go, there’s obviously got to be food: baguette, fruit (I’d usually choose apricots, pêches plats and/or raspberries for a picnic), cheese (several varieties), saucisson or some other cured meat, crisps (points for flavours that don’t exist in England), and perhaps something sweet to finish it all off (fruit on its own is categorically NOT dessert in my book). And then the alcohol, bien sûr – maybe some light Belgian beers (Hoegaarden’s biere blanche is my summer go-to) or, more likely, a bottle of white wine, kept carefully chilled in a cool bag, little ice packs wedged either side for good measure. I’m dying to get my wicker basket back in use – it’s cumbersome and a bit of a pain to haul around, but it’s got red gingham lining and it’s bloody gorgeous, so the unwieldiness is wholeheartedly forgiven. Priorities.

7. Guinguettes (and other random pop-ups)

Paris just makes so much more of an effort in the summer. There are countless random little festivals, pop-up bars and other fun misc. activities that simply don’t happen in the winter. Understandable, but practicality doesn’t make me miss them any less when they’re gone. Guinguettes specifically are these fabulous, temporary, open-air establishments that grace the banks of the Seine with their music, lights and laughter during the warmer months. They’re part of an old French tradition – particular, but not exclusive, to Paris – and they invariably feature a bar and live musicians (at least, there has always been live music at the ones I’ve been to), sometimes with food on offer too. I believe they were originally sort of outdoor dance halls, which, unsurprisingly, isn’t really the “vibe” today, but they have a fantastic atmosphere nonetheless. My friends and I frequent La Javelle in the 15th arrondissement during the summer; I’ve spent the last two Fêtes de la Musique there, in fact.

This is by no means an exhaustive list, but I think I’ve made myself sufficiently wistful/impatient to stop here. And of course, I don’t want to go writing too much about all the things I’m going to do this year – I’ll leave myself nothing to write about when summer actually comes around.

I’ll tell you the truth, though, as wistful as I now am, I’ve enormously enjoyed losing myself in the thoughts/memories that have fueled this blog post over the past hour or so I’ve spent in writing it. I hope you’ve enjoyed something of the same feeling in reading it.

One of these days, I’ll finally make it to Japan to see their famous springtime sakura. (Thanks for nothing, Covid. 🙄) But in the meantime, I suppose the parisian alternatives will do quite nicely. 🌸🌺
I get to shout about it on this particular one, but I’m proud to be Irish EVERY day! 🇮🇪☘️💚
132 takes and four very numb fingertips later...
10/10 for parisian charm. And the name means “gingerbread”. In my very best Chandler voice: “Could this place BE any cuter?”
I’ve always been one for life’s “simple pleasures” - and whilst we’re pretty limited for things to look forward to right now, it’s more important than ever to appreciate the little things. Like an early yoga practice for some pre-work “me time”. The morning sun flooding my apartment with gorgeous, golden light as it crests the chimney pots across the courtyard. And post-yoga fresh coffee and crêpes.
Love a nice candid photo.