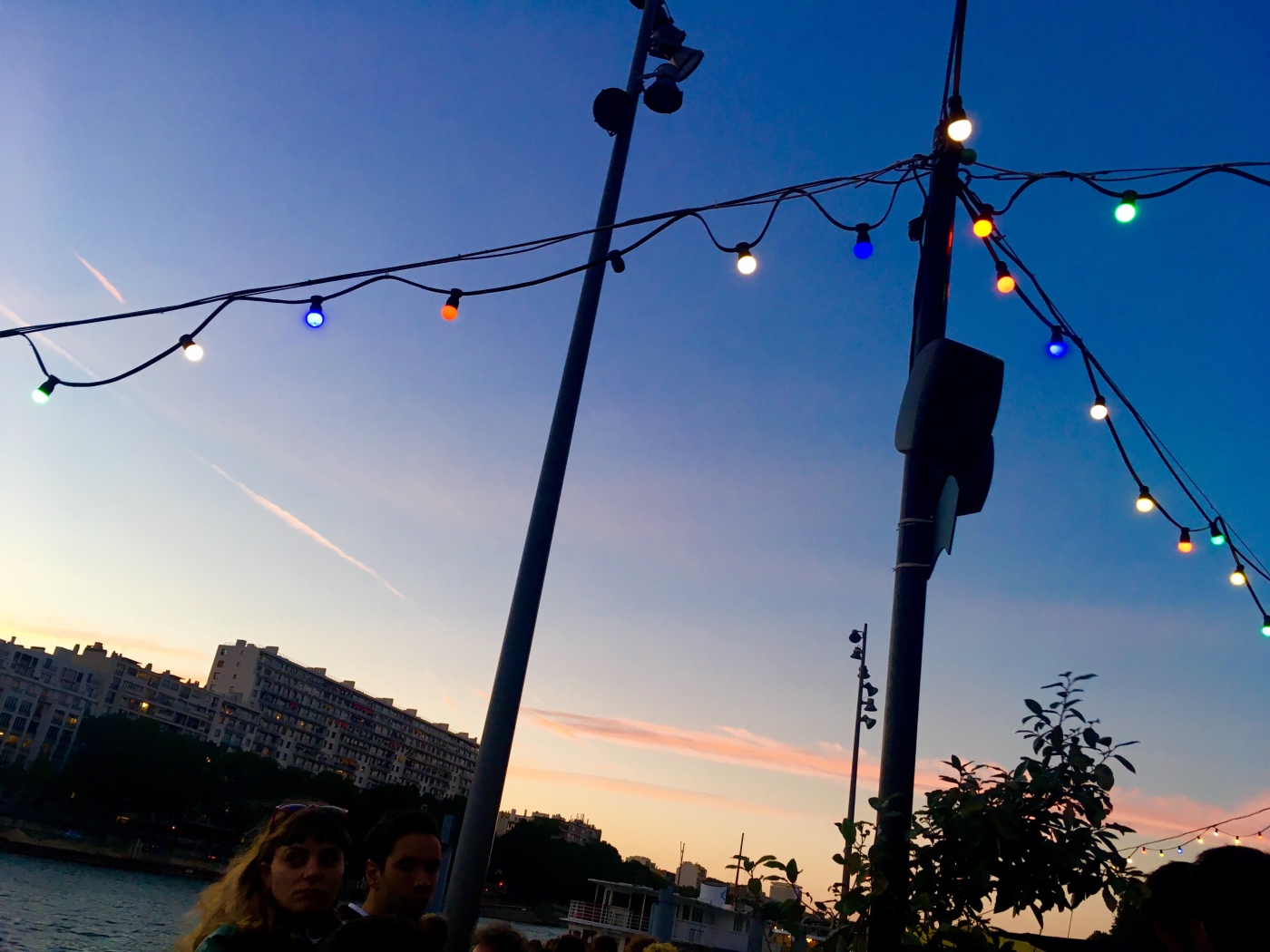 Last Thursday (21st June) was the summer solstice in the Northern Hemisphere – i.e. the longest day of the year. It’s a day which holds diverse significance for different countries, cultures, religions, and sects; accordingly, the range of ways in which it is celebrated across the globe is vast. But this is a blog about my life en France, so, you guessed it, I’m only going to talk about the French celebrations. Or – quelle surprise – Parisian ones, specifically.

Well really, what else did you expect?

You may have already divined this from the title, but the day of the summer solstice is marked by the Fête de la Musique in France – literally translating to ‘festival of music’. According to a very reliable and academic source, this tradition originated in Paris, in 1982, but has since spread not only to the rest of France, but also to many other countries in the world; in some places, it is known as World Music Day (or several other variations along those lines).

In Paris, at least, the concept is simple: free music, all evening, everywhere.

And I mean everywhere. A common way to enjoy the festivities is to simply take a walk, stopping wherever a performance particularly takes your fancy, and then wandering on to see what else you can find. Musicians play in and outside restaurants; in town squares; in parks; next to the river; in museums; in galleries… as far as public spaces go, you name it, someone’s making music there. Some private spaces are turned into performance spaces for the night, too – for instance, this year, the Elysée Palace opened its doors to the public to get involved in the Fête for the first time.

The list of genres on offer is seemingly endless, too; I can’t imagine anyone struggling to find something that took their fancy, however obscure the taste. I was initially struggling to choose between investigating the offerings at the Irish Cultural Centre in the 5th Arrondissement; trekking over to Parc de la Villette for some good old-fashioned rock; or simply having a wander around my own neighbourhood, where I had read there would be someone singing Broadway hits, amongst various other acts.

My mind was made up for me in the end, though, when I was invited by a friend from work to join her and some other colleagues at La Javelle. I didn’t know what or where La Javelle was when the offer was made, but the promise of live music and good company was quite enough to sell the proposition, so I enthusiastically accepted. I’d had a couple of beers at this point (my office installed a Heineken tap for the France-Peru game) so I was pretty much at my most spontaneous (and enthusiastic).

As a meticulous list-maker and someone who frequently uses Excel for their personal plans/projects/life, it’s fair to say I’m not the most spontaneous soul there ever was. But I rarely regret spontaneity when I do manage to coax it out of myself, and last Thursday night was no exception.

It turns out La Javelle is a sort of outdoor bar/music hub sprawling along a small section of the Seine. There are picnic benches and bar stools and tables, though most people were standing to dance, and numerous others had installed themselves on the ground along the river’s edge, or the steps up to the sort of decking on which the bar and stage could be found. On the stage, a live band were playing – a group of American fifty-somethings (I’d guess), feeding the lively crowd one upbeat 80’s classic after another. Pink Floyd featured; I was happy.

The whole set-up almost had a beach vibe – if there was a beach where people would bring freshly-made wood-fired pizzas to your table/step/patch of ground.* The wooden bar and stage certainly had a ‘beach shack’ air about them, and the whole occupied stretch along the Seine was strung with brightly-coloured fairy lights. By the time the sun was setting over the river, La Javelle was absolutely picture-perfect. Swaying to the music with a chilled bottle of cider in hand, whilst revelling in the warmth of the summer-evening air, my overwhelming feeling as I chatted and laughed in ‘Franglais’ with my colleagues was one of sheer, blissful contentment. It was wonderful. If ever I needed some reassurance that moving to France was A Good Thing (I don’t), nights like that would provide it tenfold. Paris, je t’aime. 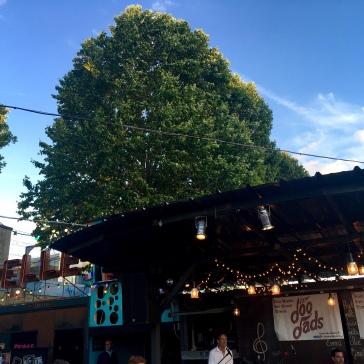 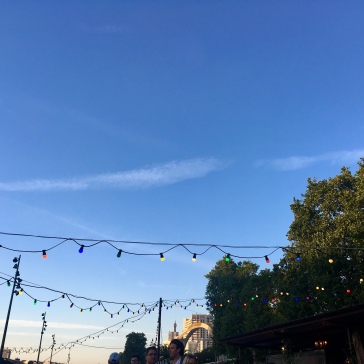 *If you happen to know of such a beach, please do let me know.