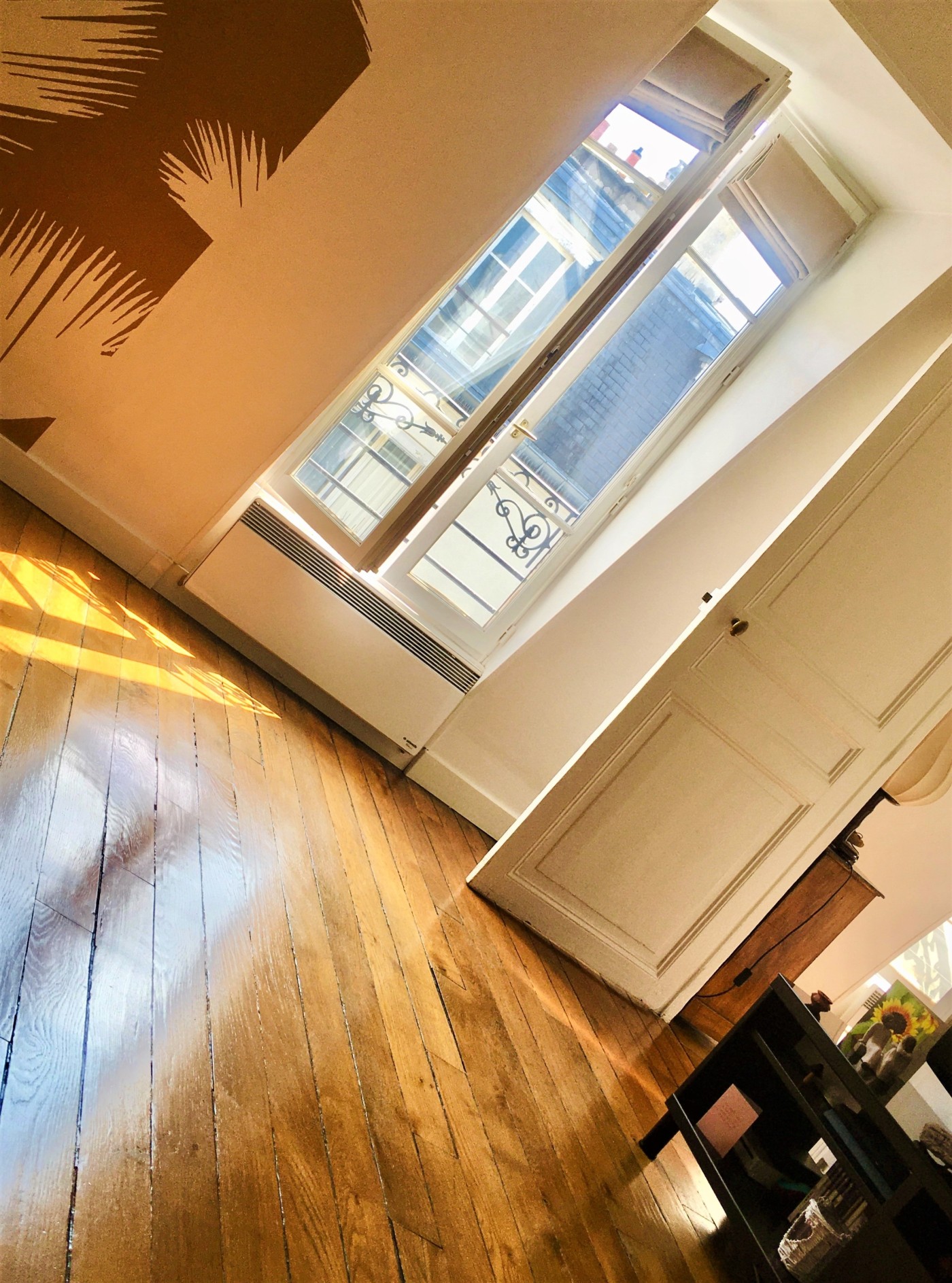 I’m starting to wonder if there’s something wrong with me.

We’re 26 days into the official confinement in France, it’s been 27 days since I had a conversation with another human face-to-face, and 29 days have passed since I saw anyone I actually know. Not that I’m counting or anything. But if I was, I might observe that that’s the length of an entire month, because  February.

And I feel… completely fine.

Better than fine, actually, a lot of the time. I feel good – some days, I’d even go as far as to say I feel great.

It’s such a strange situation – wholly unprecedented, as the media is fond of reminding us on a daily basis. I didn’t know the French word for unprecedented until last month; it’s pretty much branded onto my brain at this point. Inédit, if you were wondering.* So there was really no way of knowing how any of us would feel when actually thrown into it. But how I personally feel has surprised me no end.

I’ll be honest, I was terrified by the prospect of two weeks of solitary confinement (back when we thought that was all it would be, HA). Although the past six-months-to-a-year have seen me become increasingly extroverted – more so than ever before – I am, by nature, an introvert. Which means I’m very comfortable in my own company – to the extent where, until quite recently, I often needed that alone time to “recharge” if I’d spent “too much” time socialising.

HOWEVER. I learnt some years ago that there’s a limit to how much time I can/should spend alone – and that limit is around three days. Two days, I could always do very happily. Time to do some writing or misc. other “creative stuff”, watch a guilty-pleasure film or indulge in a bit of gaming, listen to some music in peace, and just… think a bit. Lovely.

Three days spent by myself, I’d still feel fine – but when I’d go out and interact with others after that point, I’d suddenly realise I felt a lot better, not having realised I needed the emotional boost the socialising gave me, until I got it. After four days alone, though (the few times it happened), things started to go noticeably south in the mood department.

Now, there’s some additional context to this that I was a bit reluctant to write about, but I thought about it at length, and I’m trying to abandon the idea that it’s something that one should have to keep a secret, so I’m just going to go ahead and share. Sorry if it makes you feel uncomfortable. Go read a nice baking blog instead.

So, the context: I’m prone to bouts of depression. Occasionally quite serious ones. Meaning, things going south in the mood department, the way they previously have done after four days without human interaction, can be particularly problematic for me. A decade plus of practice has made me pretty adept at managing these things – specifically, at avoiding “down swings” when I think I feel them coming on – but if one goes too far, there does come a point when there’s simply nothing that can be done. And that is not a pleasant situation to be in, to put it mildly.

With this in mind, when I first heard about the possibility of the lockdown in France, I was honestly terrified. In my defense, it was dropped on me pretty unexpectedly – a day or so in advance of the official announcement, by someone who I didn’t necessarily expect to have this kind of information, who very nonchalantly mentioned it on a group video call about something else entirely. I had to turn my camera off; shocked tears immediately started running down my face. “But… they can’t do that, can they?” I stammered naïvely. I hadn’t been following the situation in Italy closely enough, so I didn’t know how strict things were or weren’t there – and this concept of effective house arrest that my acquaintance was casually airing seemed impossibly dystopian. The military was mentioned.

All I could think of were the ramifications for my mental health. If I struggled with four days alone, I couldn’t even imagine what kind of state I would be in after two weeks, or, heaven forbid, longer. Sat in a corner, rocking back and forth with my arms wrapped around my knees? Wild-haired and wilder-eyed, muttering to myself in a heavy Scottish accent? I didn’t know, and I didn’t want to.

Suffice to say, I started the confinement with no small degree of trepidation. I decided to approach it with all the cliché “self-care” methods I could think of – I didn’t have too much faith in them, but I was determined to give myself a fighting chance at okay-ness. So I began my days with yoga, timetabled regular exercise in, threw myself into creative projects, called family and friends regularly, ate both healthily and enjoyably (a tricky balance to strike). That first week I went running every day – and anyone who knows me well will know that is a STRONG indicator of desperate times. I despise running. Even at my peak fitness, when I was playing team sports every day, I. Did. Not. Run. But hey,  if it gave me a plausible reason to go out (with the government form we have to complete and carry when outside our homes in France, it was either exercise or grocery shopping, and there’s only so much of the latter I can afford), and released a few endorphins in the process, I was willing to do it. Desperate times and all that.

I was also super busy with work in that initial week, which helped – but didn’t last. I was later put on full-time leave (furlough?), so that was the end of this particular time-pass. But it was kind of okay, because by the time that happened, I was filling my time so effectively, I was starting to feel like there weren’t enough hours in the day. Ha.

The best thing in all of this is the time I currently have for my writing. Admittedly, there are days when I really struggle for inspiration – I rely a lot on the people around me, my interactions with them, things I see, thoughts I have whilst I’m walking from A to B, for writing fodder – but in the last fortnight, I think I’ve advanced more on a writing project I started two years ago than I had in the twelve months. That’s something I feel very excited about.

Something else I’m excited about is my singing; I have time to work on that every day right now (sorry, neighbours), and I’ve managed to add a whole five songs to my busking set since the confinement started. One of which I’ve been “trying” to learn for the past two years (it’s in Italian, in my defence). I have a particularly strong motivation in this area – my leave from work is largely funded by the government, but not fully, so I’m in serious need of a means to make money as soon as we’re released from house arrest confinement. I’m more than willing to pick up some shifts waitressing or working in shops (if and when businesses are allowed to reopen), but I’m planning/hoping to mostly rely on what I can earn by making use of that musicien(ne) du metro license and singing daily on the metro. So I’m (hopefully) going to spend the summer as a full-time singer/writer, and I can’t pretend that’s not a very appealing prospect indeed…

Other quarantine activities have included improving my french via reading and TV series (ironically, I think my french may be the best it’s ever been right now, with virtually no scope to use/practice it…); learning Japanese; drawing; cooking/baking; and getting to grips with Adobe Photoshop… without actually having downloaded the program yet, which is challenging, but doable.  I also ordered a guitar about three weeks ago now, but that’s yet to arrive… I suspect it will occupy a LOT of my time when it finally does, though.

And apart from the creative/pedagogical fulfillment, I have two other things keeping me sane and happy.

First, the sun. Forget spring, summer seems to have decided to put in an appearance in Paris over the last fortnight or so. I’m actually starting to worry that it’s going to get TOO hot before the confinement is over – we’re forecast 27 degrees one days next week, and temperatures much above that are no joke when you live in a sixth-floor rooftop apartment with wooden floors. But for the time being, I’ve been spending a couple of hours most days soaking up allll that mood-boosting vitamin D from my fantastically large (open) windows and it feels GREAT. I’m still very jealous of anyone with a balcony or, the holy grail of quarantines, a garden, but this is absolutely the next best thing. From inside my apartment, I have acquired a genuine tan. Yes, I’m still paler than literally  every other person in my adopted country, but I am distinctly LESS pale than I was a few weeks ago. And I have about a hundred freckles dotted across my nose and either side.

Even better than the sun, though: my family and friends. I’ve long since known I’m lucky to have these wonderful people in my life, but my goodness am I more grateful for them right now than ever. I don’t think I have ever felt so very loved. Not a day goes by without someone – several someones, usually – checking in on me, letting me know they’re thinking of me, asking if I’m managing okay. Some of these messages have been from unexpected sources, too – in the last month, I’ve heard from a surprising number of people I haven’t been in touch with for years. Not something I’d say often, or lightly, but it’s been genuinely heart-warming. And of course, the calls and “apéro-visios”** with those closest to me have been a God-send. How could I possibly feel lonely with so much love and care directed at me daily?

Maybe I’m not crazy, then. Yes, there’s a lot to be worried and anxious and unhappy about right now. But there is also so much to feel positive about, and I suppose I’m lucky enough that this is the way my subconscious has swung. Of course I miss people terribly, not to mention just going out and doing things – what an inconvenient point in my life to decide I was going to slide some way back towards the “extrovert” end of the social spectrum. But mostly, I just feel incredibly, unexpectedly serene. Peaceful. Content, even.

It’s very strange, and I’m very grateful for it.

*For the pedants amongst you, it’s technically more “hitherto unseen” – but it’s used in the same context as “unprecedented”, I can assure you.

**Basically a video call featuring alcohol. Obviously the French have invented a specific term for this.

One thought on “Confinement Crazy”