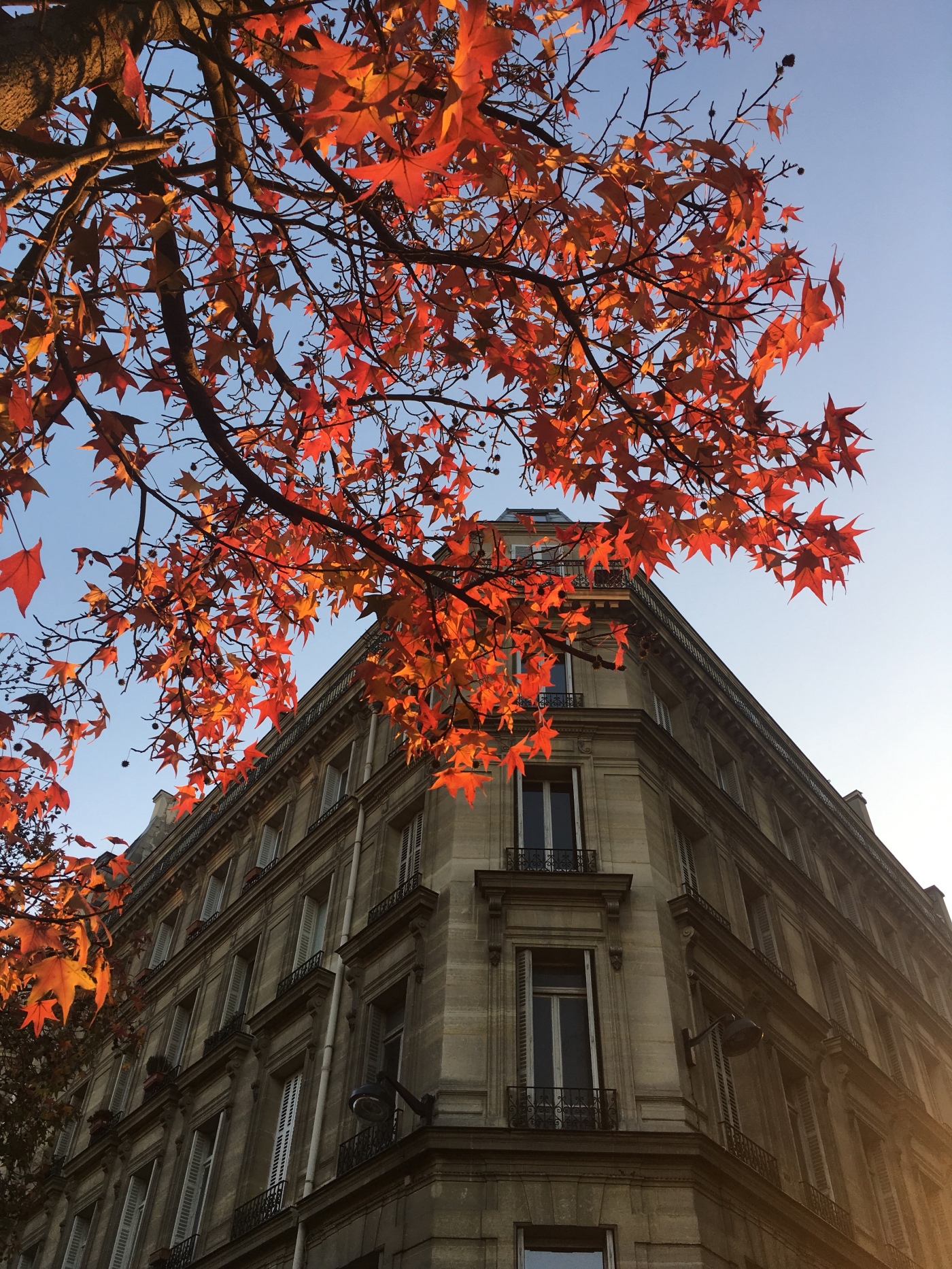 This morning saw the first frost of the year, at least as far as my own experience goes. Not in my neighbourhood – central Paris rarely sees frost at all. But arriving in Boulogne-Billancourt for work today, once I had managed to squeeze my way through the tangle of people inadvertently blockading the doors of the tram, I was rewarded with the sight of the suburban commune bedecked in treacherous, gorgeous glitter.

It’s remarkable just how truly glittery frost actually is, too. It just doesn’t seem like it could possibly be the work of Nature. I’ve lived through twenty-something winters now, and it still surprises me a little every year. Every surface this morning was quite literally sparkling in the sunlight, the most mundane, missable features of my daily walk – handrails, concrete ledges, park benches – suddenly resplendent. And not just with sparkles either; I don’t know quite what creates those fabulous feathered patterns in the ice, but they’re stunning. I was marvelling at them the whole length of my tram-to-work walk.

My personal favourite transformation, though, is that of the fallen autumnal leaves. Winter had thoroughly staked her frosty claim this morning: every line of every leaf was carefully traced in bright white, the space in between faintly shimmering silver. The effect is breath-taking.

My other favourite feature of these sorts of days is the light. Not just because of the effect it has on the frost (although it wouldn’t sparkle in the dark). For one thing, there were some fabulous hazy effects going on this morning. I tried to capture one such effect over the tracks of le tramway when I disembarked – it was as if the air itself had turned a pale golden colour – but alas, light is an elusive subject and the photograph was a disappointingly weak imitation of life. A few minutes later, I was slowing to admire the lilac haze enrobing the next village over, the little houses turned dusky purple in their sheltered position at the foot of the hill, lofty church spire tinged with pink.

I don’t write half as often as I’d like to these days, and I am sorry about that – more to myself than anyone else (no offence intended). But the truth of the matter is, sometimes I’m too busy enjoying the moment, and then the moment that follows, and then the one after that, to put it all into words. I think that’s an reasonable reason. More than that, though, I’ve found that some things simply cannot be done justice in sentences and paragraphs; the experience is inevitably diminished in trying to write it down. Like photographing light, I suppose. Other experiences, though, are practically begging to be recorded via the written word. This morning was poetry for the eyes and I had to capture that poetry somehow. I’d half-written this blog post in my head before I’d even reached the office – after all,  my camera really wasn’t up to the job.

Making the most of every last second of summer ☀️
What’s your favourite spot to catch a sunrise in Paris? Suggestions wanted…
Sunday afternoon stroll around the city. 💛
[Insert inspirational cliché about gazing towards the future]
You only ever seem to see pictures of the dome of Florence’s Cathédrale Santa Maria del Fiore. Having now visited the jaw-droppingly impressive building for myself, this seems like an absurd oversight on the part of the global photography community. Absolutely awesome, in the truest sense of the word.
Follow the link in my bio to take a 500(-ish) word trip with me to #Tuscany - andiamo! 🥂🇮🇹