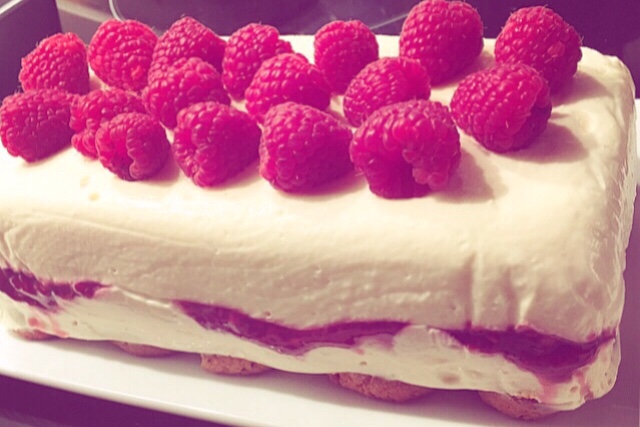 Following my previous post about the Saturday just gone, I’m now going to jump back to the previous Saturday. You’ll have to forgive the appalling lack of chronology.

So, on Saturday evening a week and a half ago, I hosted my first soirée. Admittedly, with a party of three (including myself and my “co-host”) it wasn’t a grand affair – but my other half and I spent pretty much all of Saturday preparing nonetheless, and not to brag, but the end result was pretty great.

I have but one French friend in Paris (the aforementioned Breton), and after attending two soirées at his apartment in the run up to Christmas, I thought it was high time I returned the favour. I would not be attempting to imitate, though: whilst the gatherings he had hosted were about as quintessentially French as they come, mine was to be a soirée à l’anglaise.

In other words, I was to introduce my friend to the British institution that is the Sunday Roast.

Now, for my non-British readers who may not be familiar with the Sunday Roast, it is a meal normally consumed, as the name suggests, on a Sunday. For my family, and many others, this is pretty much every Sunday without fail. At my family home, it is also eaten at midday(ish) on Sunday – the only day of the week when we would eat the main meal at lunchtime. Controversially, the Roast I would be preparing would actually be served on a Saturday night, but I thought this could be allowed in the name of not having to worry about a 7am start when conversing (and wine-drinking) into the night.

The meal itself comprises a roasted meat (most commonly beef, lamb, pork or chicken), roast potatoes, and a selection of (you guessed it – roasted) vegetables of some description – with a possible addition of Yorkshire puddings, though these golden, airy, crisp batter sides are traditionally reserved for a beef roast. Whether or not one also ought to drown the contents of one’s plate in gravy is a source of great national discord. Such is the magnitude of the conflict in opinion here that friends have turned on friends, and family members have been cut off over this divisive issue. Probably.

Also, if, like me, you can claim Irish parentage, you will understand the dire importance of slathering your potatoes in butter. I won’t pretend that I have never eaten an unbuttered roast potato; but I can attest that any such transgressions were entirely against my will and have left indelible scarring on my psyche. Once you have tasted a buttered roast potato, their unadorned counterparts will never please you again, seeming dry and bland for having seen tasted the light. Actually, the only type of potato I would not put butter on would be a fried one (that would be a bit much) – anything other cooking method and they just need it. Many an uncomfortable potato-featuring meal has been had at school, or the houses of friends, where dinner was served and no butter materialized onto the table. Such meals were consumed with the debate as to whether or not to ask for butter raging in my head the entire time, leaving the sad, plain potatoes until last and eventually forcing myself to eat them as they were because Past Jodie was simply too shy/polite/awkward to make the request. Fortunately, I no longer have this issue. Life is much better for it.

Needless to say, when I presented my French friend with his dinner that Saturday night, one of the first things of which I informed him was the necessity of sampling the potatoes with butter. My potatoes are pretty damn good if I do say so myself; I refuse to have them wasted by improper consumption.

Along with the potatoes (crisp and golden on the outside, seasoned with sea salt, and melt-away fluffy when you opened them up), our take on the Sunday Roast also featured rosemary-and-honey roasted lamb; mixed vegetables (carrots, parsnips and those long, flat green beans) also seasoned with honey and rosemary (we have our favourites, okay?) with the addition of thyme, and roasted in a tray with wedges of lemon and whole garlic cloves; and gruyere Yorkshire puddings. Yes, alright, the last one wasn’t very traditional at all, but we like a bit of fusion between our home country and our adopted one. And this particular take on the Yorkshire pudding is one Jeremy has actually been impressing people with for years, so we weren’t about to stop now.

What more can I say? The whole thing went down a treat. The food all turned out exactly as hoped; we had a wonderful evening of mixed French/English conversation over a series of records and a couple of bottles of wine; and the dessert was – again, if I do say so myself – magnifique. White chocolate cheesecake on a biscotti base with a raspberry coulis-esque strip running through the centre and a garnish of fresh raspberries: it was one of those priceless recipes which are too simple to go wrong and yet never fail to impress.

The best bit? We got a subsequent three days’ dessert out of it. Jackpot.

One of these days, I’ll finally make it to Japan to see their famous springtime sakura. (Thanks for nothing, Covid. 🙄) But in the meantime, I suppose the parisian alternatives will do quite nicely. 🌸🌺
I get to shout about it on this particular one, but I’m proud to be Irish EVERY day! 🇮🇪☘️💚
132 takes and four very numb fingertips later...
10/10 for parisian charm. And the name means “gingerbread”. In my very best Chandler voice: “Could this place BE any cuter?”
I’ve always been one for life’s “simple pleasures” - and whilst we’re pretty limited for things to look forward to right now, it’s more important than ever to appreciate the little things. Like an early yoga practice for some pre-work “me time”. The morning sun flooding my apartment with gorgeous, golden light as it crests the chimney pots across the courtyard. And post-yoga fresh coffee and crêpes.
Love a nice candid photo.