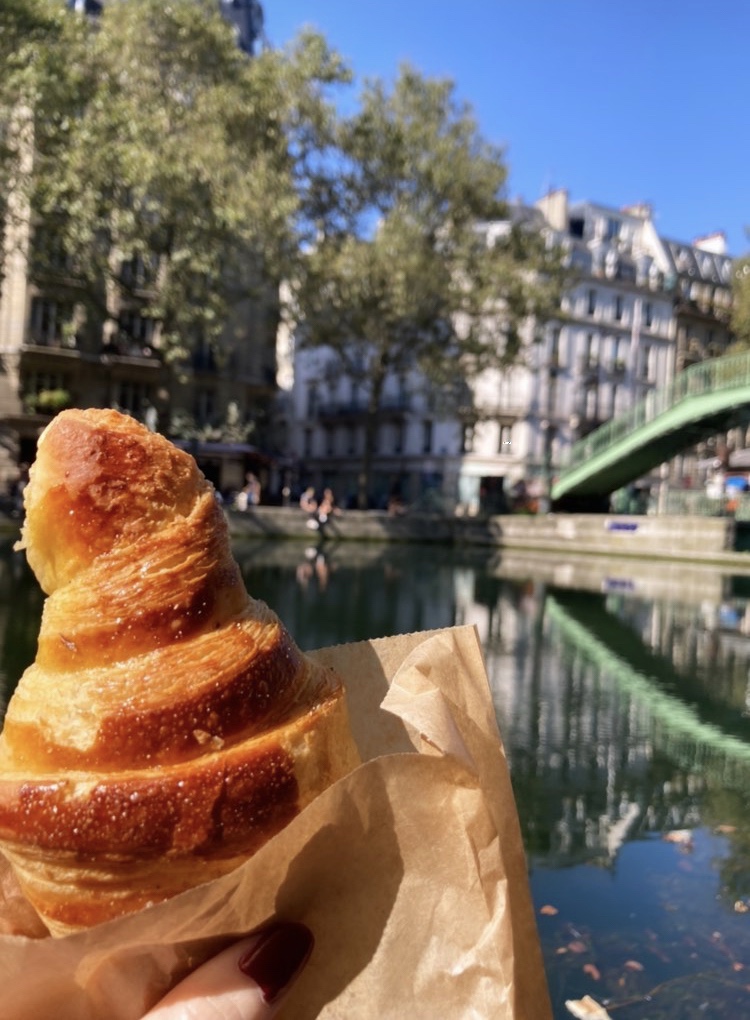 Summer is unmistakably coming to a close. The days are still warm (and sometimes sunny), but you can feel it in the cooling evening air, see it in some indefinable quality of the morning light. I’m no longer leaving the windows of my little rooftop apartment thrown open until the last possible moment before going to bed at night, and venturing outside without a jacket is starting to seem more risky than optimistic.

The summers here are (usually) long and I love the autumn, so, for me, the changing season is more a cause for excitement than sadness. Even so, at this time of year, as the temperature falls, I feel a rising sense of urgency – a pressured compulsion  to make the most of every last second that remains of the summer.

That sounds slightly stressful, but it’s unequivocally A Good Thing. Whilst under this self-imposed pressure is when I’m mostly likely to explore new parts of the city, try a new terrasse, finally investigate some activity that’s been on The List (alright, one of the MANY lists) for the last two years. It pushes me to venture out after work in the evenings and pulls me from my bed early on a weekend morning.

This weekend was no exception. I woke early (alarmless – to no one’s greater surprise than my own) and my first thought (significantly less surprisingly) was “hmm… breakfast.” Normally, this would have taken me to my favourite local boulangerie (I’ve sampled ALL of their viennoiseries* by this point, and they are ALL divine), but under my end-of-summer drive to carpe diem, a croissant from just around the corner wasn’t going to cut it. Not even a croissant aux amandes from just around the corner. God they’re good though.

Instead, after quickly consulting my culinary bucket list, I decided to trek halfway across the city to sample a boulangerie I’d been hearing(/seeing) about all summer via Instagram. (I’m pretty sure I follow more food-related accounts than actual people at this point). So off I went on this sunny Saturday morning, to discover for myself what Sain Boulangerie had to offer.

Tucked away down a quietly pretty little street very close to Canal Saint Martin, even at a glance, this charming little boulangerie isn’t quite like anywhere else I’d visited in Paris. With its teal-and-gold shop facade and simple interior, the place manages to achieve an aesthetic that’s at once pleasingly elegant and delightfully rustic. Although you very quickly forget about all that once you lay eyes on the mouth-watering wares in the window display.

Foregoing the polished precision synonymous with parisian pâtisserie, everything at Sain Boulangerie looks decidedly homemade – and all the more delicious for it. Thick wedges of carrot cake with inches of frosting piled on top; some kind of choux buns adorned with nuts and literally dripping with caramel; eclairs not just iced but entirely enrobed in chocolate (I think). And stepping inside, shelves of beautiful artisan breads and rows of perfect pastries – croissants, pain au chocolats, and several more unusual offerings, each more appealing than the last. You only needed to look to know the care and quality of ingredients that has gone into these creations. I wanted nothing more than to do a Harry Potter on his first journey aboard the Hogwarts Express: “I’ll take the lot!”

Needless to say, I restrained myself and settled on a simple croissant; – I feel like this is a decent way to gauge the general potential of a place (although admittedly it’s far from foolproof as tests go). And also could otherwise have spent at least an hour in there, dithering over all the options. It didn’t disappoint.

I ate by the canal, perched on a low ledge near one of the pretty pedestrian bridges so characteristic of the neighbourhood, watching the sunlight sparkling off the surface of the water. And it genuinely was one of those moments of pure bliss. Truly, the croissant was among the best I’ve ever tasted: a buttery flavour without the grease, quite dense in the best possible way (ie every mouthful brought immense satisfaction), and, I thought at the time, subtly spiced with a hint of cinnamon. However, I’ve since learned (straight from the source) that no spices are actually added to the croissants at all – rather, that distinct(ly delicious) flavour comes from the boulangerie’s handmade sourdough and the different varieties of unrefined sugar they use. In fact, all of their products are organic, made with unrefined natural ingredients, as raw as possible. Bringing something really special to the table – both figuratively and literally – Sain Boulangerie couldn’t be further from your average bakery.

I left Canal Saint Martin filled with pastry and the kind of contentment that only excellent food can bring. The next couple of hours were spent wandering through Paris on a meandering route in the vague direction of home – stopping now and again for a coffee on a sun-soaked terrasse, or to write a while at one of my favourite spots along the banks of the Seine, or to investigate some impressive-looking building down a side street I’d never noticed before.

If you ask me, it was some pretty successful carpe diem-ing.

Don’t know how anyone expects me to get anywhere on time with so many damn photo opportunities in this city. 🙄
Why should the kids get to have all the fun? 💁🏻‍♀️🎃 #twentysevenyearsyoung
Happy Annual Resurrect Your Inner Emo Day 🎃
Ministry of Magic vibes ✨
Get me to a goddamn gig already 😩
Cosy coffee-and-cake kinda day. 🍁☕️